Home » Press centre » Closure of Asymmetries, Financing for Development and Global Public Goods – Key to a Transformative Recovery Aligned with the 2030 Agenda
Available in: EnglishEspañol

Closure of Asymmetries, Financing for Development and Global Public Goods – Key to a Transformative Recovery Aligned with the 2030 Agenda

Representatives of government, international organizations, the private sector and civil society participated in debates on the second day of the fourth meeting of the Forum of the Countries of Latin America and the Caribbean on Sustainable Development, which is being held virtually.
17 March 2021 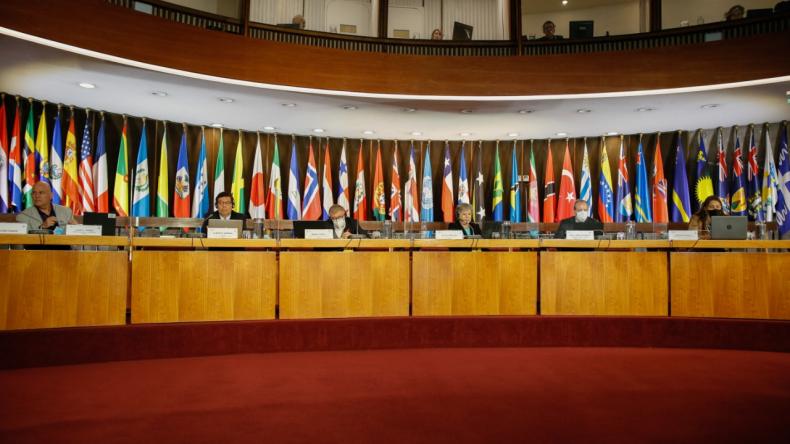 Participants in the debates taking place on the second day of the fourth meeting of the Forum of the Countries of Latin America and the Caribbean on Sustainable Development, which is being held virtually under the Presidency of Costa Rica, posed the need to close the financial, climatic and health asymmetries present in the world today, to guarantee financing for development, and to create global public goods – including an equitable vaccine against COVID-19 – in order to move towards a transformative recovery in line with the 2030 Agenda for Sustainable Development.

During Panel 1: Health and the economy —a false dichotomy?, the speakers stressed that “without health, no economy or society is possible” and that the population’s well-being is a prerequisite for a sustainable recovery in Latin America and the Caribbean. They also underlined the urgency of having solid institutions to tackle the current pandemic, strengthen the capacity of States to anticipate new crises, ensure the participation of all actors (including civil society), and foster transparency and accountability on the part of public institutions.

They were joined by Mónica Jasis, focal point of the group on Migrants and Persons Displaced by Disasters or Conflicts of the Mechanism for Civil Society Participation in the Sustainable Development Agenda and in the Forum of the Countries of Latin America and the Caribbean on Sustainable Development; Román Macaya, Chair of the Board of the Costa Rican Social Security Institute; Daniel Innerarity, Director of the Institute of Democratic Governance of Spain; and Martha Delgado Peralta, Undersecretary for Multilateral Affairs and Human Rights of the Secretariat of Foreign Affairs of Mexico. Alberto Arenas, Director of ECLAC’s Social Development Division, acted as moderator.

In special remarks by Alicia Bárcena, Executive Secretary of the Economic Commission for Latin America and the Caribbean (ECLAC), she reiterated the importance of multilateralism given the grave global, regional and national asymmetries that have been revealed and magnified during the pandemic, including financial and climatic asymmetries and those related to health and access to COVID-19 vaccines. “It’s time for Latin America and the Caribbean to think collectively” and bolster its integration through, for example, mechanisms such as the Community of Latin American and Caribbean States (CELAC), she specified.

“Our society must build resilience and the only solution is to create a care society, which favors social protection and public goods, through new political and social compacts,” she said.

Meanwhile, Panel 2: Crisis, recovery and transformation in the decade of action for the Sustainable Development Goals featured the participation of Cristina Gallach Figueras, Secretary of State for Foreign Affairs and for Ibero-America and the Caribbean of Spain; Camillo Gonsalves, Minister of Finance, Economic Planning, Sustainable Development and Information Technology of Saint Vincent and the Grenadines and Chair of the Caribbean Development and Cooperation Committee (CDCC); and André Lara Resende, Adjunct Senior Research Scholar at the School of International and Public Affairs (SIPA) of Columbia University.

Also participating were José Francisco Pacheco, Member of the Board of Directors of the Central Bank of Costa Rica; Maurizio Bezzeccheri, Director for Latin America of Enel; and Laura Becerra Pozos, deputy focal point of the NGO Networks, Groupings, Organizations and Platforms group of the Mechanism for Civil Society Participation in the Sustainable Development Agenda and in the Forum of the Countries of Latin America and the Caribbean on Sustainable Development. Mario Cimoli, Deputy Executive Secretary of ECLAC, served as the panel moderator.

The pandemic has forced countries to react quickly to numerous challenges and has made it essential to rethink current policies in order to accelerate a transformative recovery, the panel members stated. This entails increasing productivity and preparing economies for the future, as well as eliminating poverty and reducing social inequality. They also stressed the need to move towards welfare states in the framework of a change to the development model, and emphasized the importance of international cooperation.

In her closing remarks, Alicia Bárcena warned of the diverse risks that the region’s countries face along their path to a different future, including the reprimarization of the economy and the inefficiency of environmental unsustainability and inequality. “The current development model is anchored to a structure and our societies are not creating wealth, but extracting it instead,” she explained, citing the economist Mariana Mazzucato. “We have to generate value. A very big source of inequality lies there,” she affirmed.

“The call being made to us by the Caribbean is very important. Debt relief is needed today, it is an imperative, it’s unsustainable. The only way it can move forward is with investment in climate adaptation,” she concluded.

The fourth meeting of the Forum of the Countries of Latin America and the Caribbean on Sustainable Development, which is being held virtually for the first time, brings together more than 1,200 representatives of government, civil society, international organizations, the private sector and academia through Thursday, March 18, to review the progress and challenges related to the 2030 Agenda’s implementation in Latin America and the Caribbean – the developing region most affected by COVID-19 from a health, economic and social standpoint. 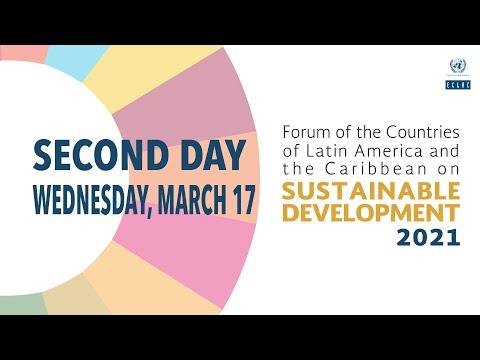