Between 1988 and 1992, Munir Akram was Pakistan’s Ambassador to the European Council, Belgium and Luxemburg.

During his term at the United Nations, Ambassador Munir Akram served twice as President of the Security Council in May 2003 and in May 2004; President of the Economic and Social Council in 2005; Chairman of the Group of 77 and China (developing countries) in 2007, and Facilitator on UN Administrative Reform in 2006.

Among the positions he held in various intergovernmental organizations were: Member of the UN Secretary General’s Advisory Board on Disarmament; Chairman of the WTO Trade Policy Review Body; President of the Conference on Disarmament (June 1996).

Ambassador Akram joined the Foreign Service of Pakistan in 1967, holding various positions in the Foreign Ministry as Additional Foreign Secretary and Director-General dealing with the United Nations.

He obtained a Bachelor’s degree in Law and a Master’s degree in Political Science from the University of Karachi. He is a prolific writer and has lectured and published several articles and papers on various strategic, political and economic issues.

In recognition of his selfless service and outstanding performance in the field of diplomacy and foreign policy, he was conferred the Award of Hilal-i-Quaid-e-Azam by the President of Pakistan. 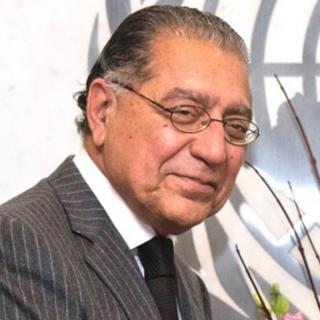