Ana Maria Hernandez Salgar is an expert in the field of biodiversity, with a focus on environmental law, international negotiations and the science-policy interface.In her more than 22 years of experience she has worked at the Alexander von Humboldt Institute, the Ministry of Environment, the Fundación NaturaCert and was a professor at the Universidad del Rosario and the Universidad Javeriana in Colombia. She has participated extensively in work under the Convention on Biological Diversity, served on the Bureaux of the Conference of the Parties to the United Nations Convention to combat Desertification and Drought (UNCCD), the Protocol on Specially Protected Areas and Wildlife to the Cartagena Convention and IPBES. In May 2019 she was elected as Chair of IPBES. 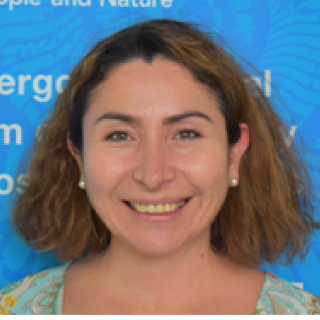