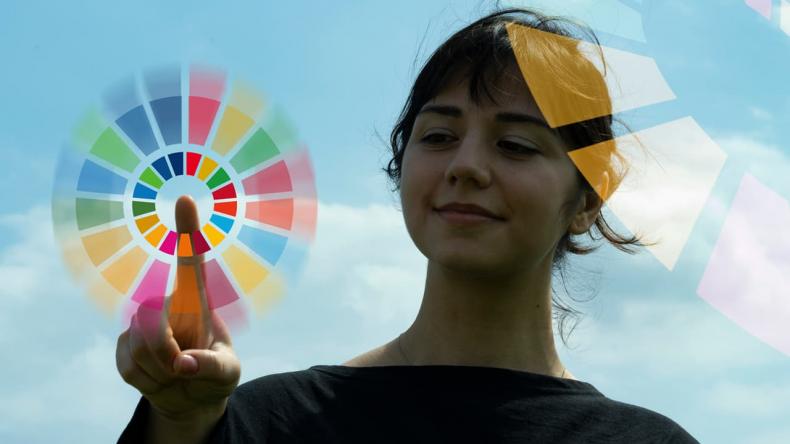 High-level government authorities, officials from the United Nations (UN) and representatives of civil society reaffirmed today their commitment to gender equality and urged for picking up the pace to achieve substantive equality, on the ground, and to avert setbacks in Latin America and the Caribbean, at a special event held during the Fifth Meeting of the Forum of the Countries of Latin America and the Caribbean on Sustainable Development in Costa Rica.

“This is a day to renew our commitment to gender equality and women’s autonomy. We have advocated for the physical, economic and political autonomy of women. We must redouble our efforts, accelerate the pace of progress and achieve substantive equality between women and men,” Alicia Bárcena, Executive Secretary of the Economic Commission for Latin America and the Caribbean (ECLAC), said during the commemoration of International Women’s Day, the theme of which this year is “Gender equality today for a sustainable tomorrow.”

“The structural constraints of gender inequality are still present and they are manifested in the unequal distribution of power, resources, wealth, work and time between women and men, as well as in the continuance of patriarchy and the culture of privilege. This is a day to recognize the value and contribution of women for a sustainable future. But we must be alert to ensure that no woman is left behind. Our slogan continues to be ‘nothing about us, without us,’” she added.

Participating in the event, in addition to Bárcena, were Epsy Campbell, Vice President of Costa Rica; Erika Mouynes, Minister of Foreign Affairs of Panama; Jean Gough, Regional Director for Latin America and the Caribbean of the United Nations Children’s Fund (UNICEF); Carla Barnett, Secretary General of the Caribbean Community (CARICOM) (virtually); and Shi Alarcón and Rosa Adriana López Carrillo, representatives of the mechanism for civil society participation in the Sustainable Development Agenda and in the Forum of the Countries of Latin America and the Caribbean on Sustainable Development.

They were joined by Elizabeth Gómez Alcorta, Minister for Women, Gender and Diversity of Argentina, and Amina Mohammed, Deputy Secretary-General of the United Nations, who spoke via video message. Moderating the commemorative event was María Noel-Vaeza, Regional Director for the Americas and the Caribbean of the United Nations Entity for Gender Equality and the Empowerment of Women (UN Women).

“Today is a day to celebrate women’s strength, to recognize that we women have been caring for life, and to build new narratives,” Vice President Epsy Campbell stated. “The logic of disregarding the accumulated knowledge of women and communities has come to an end. I want to pay tribute and make a call for peace across the entire world.”

Meanwhile, Foreign Minister Erika Mouynes indicated that “a day like today, there is indeed a great deal to celebrate, but we also have to talk about what must be done. That is why I would focus this responsibility that we all have on three things: we must recognize where we are; raise our voice together; and energize ourselves and take action."

María Noel-Vaeza of UN Women warned that “progress on gender equality is desperately slow and we are tired. We need to pick up the pace towards equality in all sectors.”

During the event, the participants urged for ending the “pandemic in the shadows,” in reference to violence against women. According to ECLAC’s data, at least 4,091 women were victims of femicide in 26 countries in 2020, and 2 out of every 3 women have been the victims of gender-based violence.

Statistics also indicate that one in four girls and adolescents in the region contracted marriage for the first time or maintained a live-in relationship before the age of 18, a harmful practice that has not changed in the last 25 years.

The representatives of civil society expressed their concern over the inroads made by authoritarian proposals in diverse governments of the region with public policies that cause setbacks to human rights, including sexual and reproductive rights. They also denounced the extreme vulnerability with which environmental defenders carry out their work in various Latin American and Caribbean countries.

In addition, they called on governments to take affirmative actions in light of the pandemic’s disproportionate impact on women in the region.

In 2020, Latin American and Caribbean women’s labor participation suffered a setback of 18 years, according to ECLAC’s estimates. In 2022, this participation is forecast to reach 51%, while that of men is seen at 73.8%. This percentage means that 1 out of every 2 women will not be participating in the labor market.

At the same time, women spend triple the amount of time that men do on unpaid care work. “If we were to properly calculate their contribution to the economy, it would represent between 16% and 24% of GDP,” Alicia Bárcena noted.

The Deputy Secretary-General of the United Nations, Amina Mohammed, indicated that “it is only with women and girls at the center of our efforts that we have our best chance to succeed in addressing our current, and pressing, global challenges,” such as the climate emergency, gender-based violence, political divisions and a sustainable recovery from this global pandemic. She also highlighted the region’s contribution to sustainable development, and added: “I would like to congratulate you on your Regional Gender Agenda, which charts an ambitious path to advance women’s rights and achieve equality.”

In that regard, the Minister for Women, Gender and Diversity of Argentina highlighted the holding, in November of this year in Buenos Aires, of the 15th Regional Conference on Women in Latin America and the Caribbean, the main intergovernmental forum on women’s rights and gender equality in the region, which is organized by ECLAC in coordination with UN Women. The main theme of this upcoming gathering will be “The care society: a horizon for sustainable recovery with gender equality.”

Women know the importance of caring for things, Bárcena sustained. “We are all producers and reproducers of society. And we care for our legacy and heritage, we care for our future, we care for the earth and we protect biodiversity,” she said, calling for the gender perspective to be incorporated in a more intersectional and intercultural way into policies and programs. For that reason, “the care society is, without a doubt, the horizon that we must advance towards. We have the obligation and commitment, as a region, to do so,” she concluded.